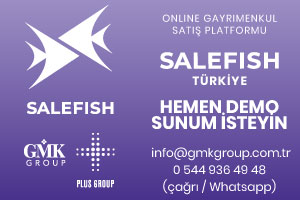 Ana Sayfa Sektörden Haberler The world-famous branded villas of The Luxury Network are in Büyükçekmece very... 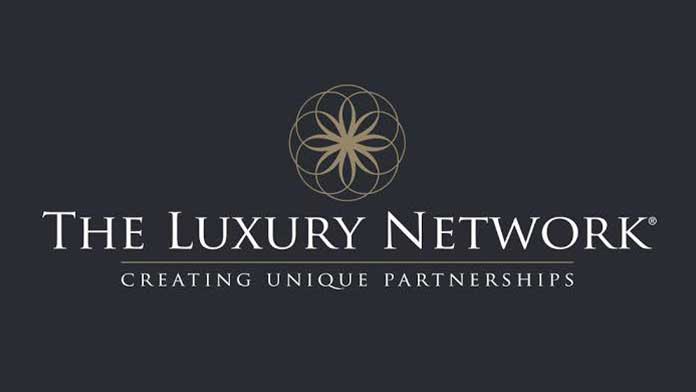 Entering the real estate sector in Turkey in the branded housing segment, The Luxury Network is starting the construction of houses named after world-famous brands in Büyükçekmece very soon.

Sales of the first project, which will consist of 70 villas on a 113 thousand square meter land with a view of Büyükçekmece Lake, is planned to start in October.

The Luxury Network operates in 38 countries around the world. Head office is in London. In every country where The Luxury Network is located, VIP business people of the country are at the forefront. The entire operation, construction, real estate, marketing and management of the Real Estate side in Turkey proceeds through the CEO of Turkey, Cem Ökmen.

In Büyükçekmece villa project, which is the first project planned to be sold to 75 percent foreign and 25 percent domestic customers, the buyers of residences will be carefully selected.

Cem Ökmen, CEO of The Luxury Network Turkey, stated that the villas planned to be built in modern architecture in addition to the classical architectural structuring in Büyükçekmece will be the “luxury of luxury” with their pools, special decorations, tennis courts, and many other features such as mini golf course. Ökten stated that the name of the undisclosed project, whose architectural project was made by the most famous architectural firms of Turkey, will be the name of a world-famous brand; “The Luxury Network, which has active offices in 38 countries, operates on 4 business lines. One is the event. The company cooperates with more than 500 global brands. Its main customers are Lamborghini, Porsche Design, Aston Martin, Rolls Royce. When they want to organize an organization anywhere in the world or when they want to be in a match with a brand, it is a branch of the business to bring brands together and organize the desired events, reach and invite state officials and publish them in their own magazine. Every year, The Luxury Network Award ceremonies are held in any country in the world, in Qatar, in Dubai, in the United States. Our event side in Turkey has been working actively in our Nisantasi office for several years. At the same time, we are doing real estate development in Turkey. Global CEO Fares Ghattas decided to enter the construction industry in Turkey. Motta is pure innovation. We will bring together different Ambitious names.” continued his statements.

“After our villa project named after a world-famous brand in Büyükçekmece, we are planning to develop two branded residence projects in Bodrum very soon. We are also exploring alternatives.

The Luxury Network is a group with a very strong overseas sales foot. 238 global agents work with us, such as real estate brokers, organizations serving the local industry. We are working with 238 brokerage houses working in the Pakistani market, the Kazakh market and the Russian market. A few very important construction companies from Turkey made an offer for us to market their projects. We will also have such an arm. We intend to cooperate with projects in the A Plus segment.”

There is no branded housing in Turkey!

“Gathering brands together is hard work. Brands such as Bentley, Ferrari, Cartier, Porsche Design are not brands that will come together very easily. Even putting them together is a miracle. There is such a power. When we use this power on the construction side, real branded housing emerges.

The shortcoming in Turkey is that there is really no branded housing. Houses with furniture decoration or just giving their name and no details inside are not branded houses. For example, when you think of Lamborghini, phosphorus yellow orange green comes to mind. These details will be used in the buildings. We can make a surprise branded project in the continuation of this project, both in Bodrum and Büyükçekmece.

The villas in the project of The Luxury Network in Büyükçekmece, whose brand they do not want to reveal yet, will be sold at prices starting from 1 million 590 thousand dollars. The project will be delivered within a maximum of two years.”

We have new markets in our target

“Our main target audience seems to be Qatar and Dubai, but the American continent and foreigners, especially Arab nationals, doctors and engineers, actually Lebanese Jordanian citizens living in America, invest in Turkey very seriously. The American continent is also included in the list in TURKSTAT reports. The number of investments made by citizens with American passports in Turkey is increasing. At the moment, the leading countries in terms of numbers are Iraq and Russia, but apart from the USA we expect, Brazil. Nearly 2.5 million people of Arab nationality live in Brazil. There are people who immigrated from many countries such as Jordan and Lebanon. Even from there, we expect a very serious demand for Turkey. We will also market to that market. Everyone focuses on the same market. I think it’s wrong. No one can get out of the circle. The Iranian market is very good, but on the citizenship scale. Sales cannot exceed $1 million.”

Demand for Büyükçekmece increased by 75% after the pandemic

Stating that they saw a great increase in the demand of Büyükçekmece after the pandemic, Ökmen said; “After the pandemic, people don’t want to stay in the flat. People who can’t afford the project are also after me, how can I buy land and reach the villa with steel construction, and establish a detached life. Currently, the city is shifting towards Silivri. When the first villa projects were made in this region, it was said whether a villa could be built here. Currently, there is no land with land prices below 300 dollars per square meter. Land prices have increased perhaps 20 times if we compare 20 years.” he concluded his speech.

He is the Global CEO of The Luxury Network International, the global partner of the Diplomatic Council and the world’s leading luxury marketing, partnerships and events group. He has developed thousands of strategies for many luxury companies and built an international Headquarters team specializing in high-end areas such as finance, motorsports, marine, health and beauty, aviation, real estate, travel, jewelry and watches, entertainment and fashion. Q-Business Magazine described her job as “one of the most interesting people working in the excellent and luxury business.”

Fares Ghattas graduated from Lebanese American University with a degree in business administration, after which his father’s real estate development company took control of the diver and changed the company’s name to FG Realty, shifting its focus to real estate and property management.

He then traveled from Beirut to Qatar in 2005 and became known in the real estate industry as the man selling and renting luxury real estate, and his love for luxury has since begun. Fares Ghattas is also the CEO of FG Realty, which operates and has offices in Lebanon and Qatar.

Fares Ghattas was awarded the title of Goodwill Ambassador for the Middle East by IIMSAM, the Intergovernmental observer of the United Nations Economic and social council, for his fundraising/philanthropic activities and his interest in eradicating malnutrition.